WHO IS SHE: Orphaned and hurt, Ophia had a rough childhood, but with all the adversity she grew stronger and became worthy.

ORIGIN: After her parents were assassinated and years of physical rehab from the injuries at the attack, Ophia thought she was finally healed physically and mentally, but at the age of 9 she was attacked walking back to her foster home. That was the last time she would be the victim again. She vowed to herself, never again would anyone take advantage of her.
With the support of her foster parents, she was immediately enrolled into kung fu classes.

She quickly excelled, learning to not only defend herself, but also how to focus her anger, look to help defend others and to get rid of fear where it's not needed. She was being one extraordinary kid and was only getting better. At age 12, she had surpassed the black sash (belt), moving her Sifu to start one on one training, showing her to work with various weapons. Her Sifu worked her hard, seeing her potential and advanced skill he did not want it to go to waste. At age 17 having her take on students of her own, Ophia deepened her empathy for others and began to want to help those she saw in need, those that were being hurt on the streets daily.

She began to sneak out, trying to do her part in breaking up muggings and cleaning the streets. She did her best to protect those who couldn’t protect themselves, learning to control herself and see that death is not absolutely necessary when fighting, even if they want to kill you.

One evening, while walking home all she could hear was a humming sound. With no idea where it was coming from she continued home. As as goes to open her door suddenly backpack appeared in front of her.

Stunned, she jumps back to have the backpack move forward towards her. WHAT?
As confused as she was, she also felt a connection, the humming deepened…Did it get louder??
Slowing leaning to grab the bag, the bag attached to her and slid onto her back, as if it belonged…what is this calm? The humming…it’s gone…

Calmly walking into her apartment she sits down and  thinks…’What is this backpack? What’s in this backpack?’ And suddenly the backpack forces itself off her back onto her lap and opens. Only seeing the hilt (handle) of a sword and blackness, Ophia grabs the handle and pulled out the sword. As she pulled, a blade appeared. Power began to course through her, a realization came over her. She knew exactly what this sword meant and how to use it.

The sword empowered her with abilities far beyond any other person. Allowing her to fly, gifting her with heightened senses and above average reflexes and strength. No one else would be able to carry that backpack or remove the sword handle from the bag.

Ophia immediately knew she was going to do good with this gift. But she needed to start small, she needed to start right in her neighborhood. She began to love the streets she defended and investigated every crime she could, unfortunately for her, this lead her to an unsettling discover of missing children and an airborne virus? How could something so horrid be happening so close to her streets? 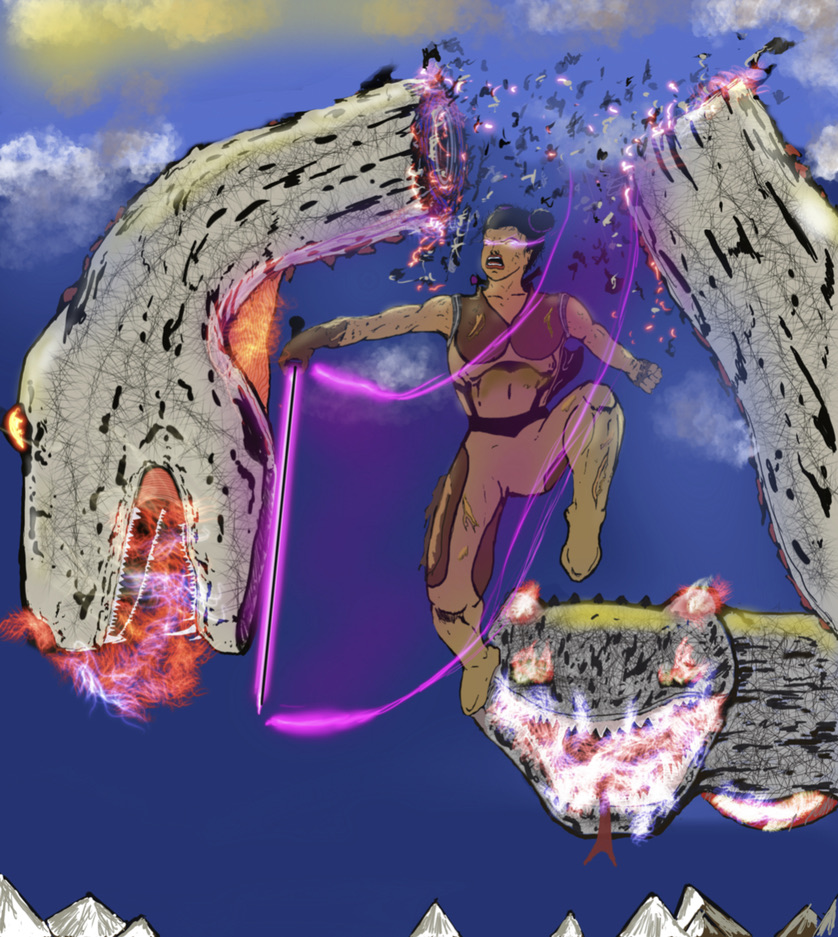 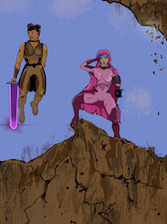