POWERS:
- Can feel anyone within a 10 mile radius by feeling vibrations through the ground and in the air.
- Using air molecules, he can see what someone looks like, detect changes in breathe knowing when someone lies, and even harden the molecules creating a shield.
- Create water by gathering moisture from the air, using it any way he wants.
- Create fire by gathering heat from his own body and project it outward.

ORIGIN: Born blind, Nivek developed his powers sooner than the majority. At age two while playing with a toy plane, he created a powerful windstorm, almost destroying everything in his room.

Realizing he was among the gifted, his parents were worried but hopeful. They knew this was an opportunity for Nivek to learn to protect himself, so they began to coach him, guide him and do their best to instill a good moral compass.

Being really good friends with the parents of Galatea and Zema, they knew just who to turn to once Niveks powers became too much for them to handle.
Finding out about The Company’s program for gifted children brought them much relief, knowing he need more specialized training and they could only take him so far. So immediately they enrolled him in THE COMPANY TRAINING ACADEMY FOR THE GIFTED.

Due to the versatility of Niveks powers, The Company used him on a majority of the missions.
Working him harder and harder as his powers increased. Nivek loved developing his powers, but he began to suspect something was off. Why couldn't he remember details of his nights? Why was he waking up so exhausted when he had little training that day? He needed answers…

He began to concentrate…listen…feeling the molecules around him…on several occasions hearing conversations from blocks away, detailing missions and cover ups…what were these “missions”?

He had to tell the Twins…after gathering more intel he secretly went to the twins and shared what he knew. All he heard about a mission Phosphorus was on and how he ended an entire crew, but it was being covered up and listed as an electrical fire.

Now was the time to act. All of them brought down that training facility, ripping that building down floor by floor. They thought they had ended it all…they freed the other gifted and brought down the bad guys…

Nicek immediately returned to his parents, telling them everything and moving with them off world in order to ensure their safety. 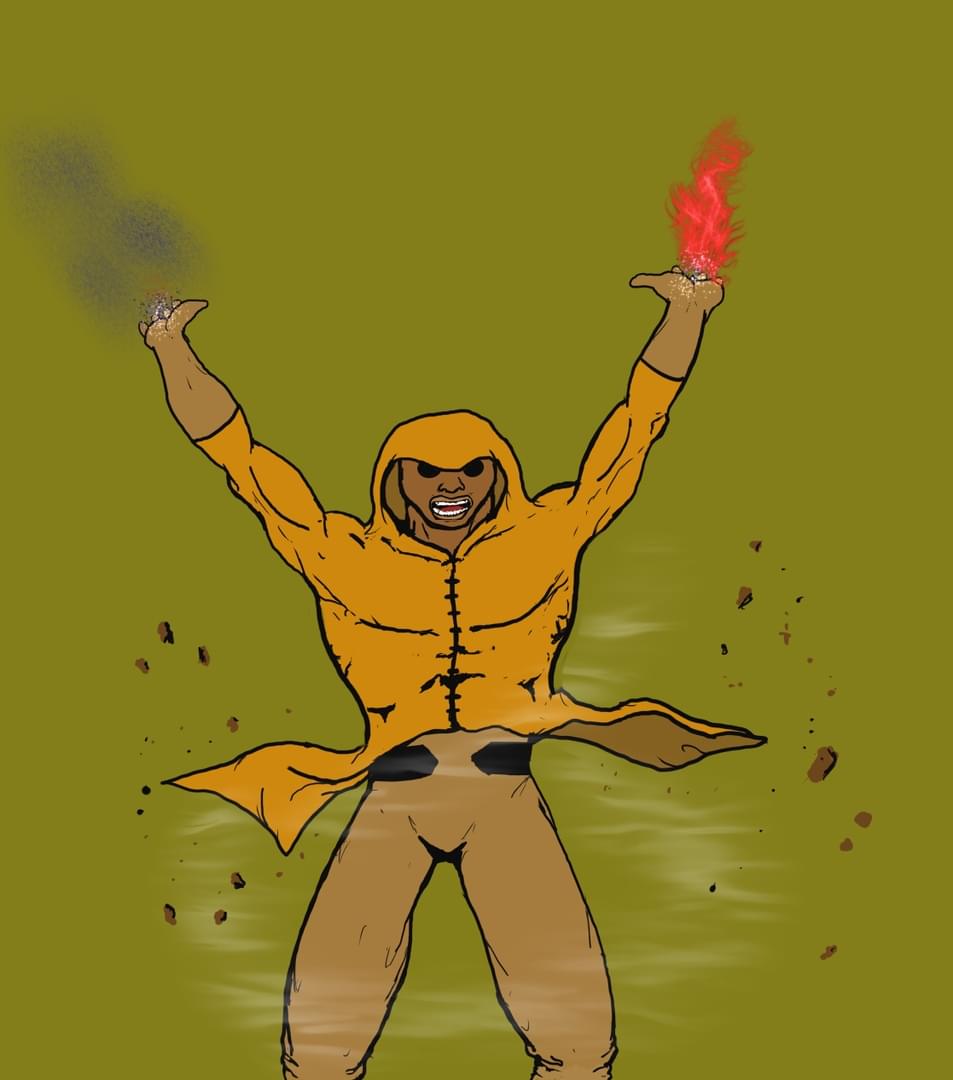