WHO IS HE: K'nor is the son of the House of E, the heir to rule of the planet Roin. Trained to be a fierce warrior ready to defend his planet, K'nor was relentless and soon became commander of The House of E’s army.

ORIGIN OF ROIN: Roin was a peaceful planet, for centuries under the rule of The house of E the people were safe and prospering. That peace came to an end with the discovery of @@@, a rare metal that was extremely valuable throughout the galaxy. Roin was covered in this metal and became the most wanted territory.

In order to protect his people and the planet itself, The House of E began to recruit the most noble and fierce fighters of the planet. Preparing for defense, they were trained hard and tirelessly. As generations passed, The House of E made sure every occupant was well trained, not just to takeover ruling if there should be war but to fight and defend what belongs to them and only them…Roin.

ORIGIN OF K NOR: K'nor is of the 50th generation of the house of E, older brother to Electrum he was born a warrior and trained along her side since she could walk. He made sure she was always safe but also worked her hard while they trained. He learned quick and felt he was born to rule Roin, he was going to end the fear. By age 17 he was leader of the House of E’s army, training all those to take a stand against the enemy threats.

Sitting in on negotiations, seeing what savages the other planets were with their murderous ultimatums about taking over our planet for the metal, K'nor became angry. The house of E should never tolerate such threats, the House of E should be the one giving threats.

Many nights his parents would try to reason with him, show him why choosing the peaceful path was always the best. K'nor saw this as weakness and fear…and he was not fearful…

One afternoon while exploring with Electrum, K'nor came across a glowing stone with handles protruding. Quickly grabbing a handle, a sledge formed from the stone and bonded with his hand.
“KNOR LOOK!” Electrum screamed as a glowing branding in the shape of the design on the sledge began to appear on his chest.

“RUN” he yelled as the branding appeared. Electrum listened immediately and ran back home.

Feeling immense energy, unlike any other K'nor began to understand the sledge…it spoke to him. Enhancing his inner being, K'nor became even more angry, arrogant and felt he was the one who should be ruling. He would rule without fear, mercy or compromising. He would rule his way. First, he needed to bring down the House of E…And this sledge would be the way he would do just that.

Aiming first for his student warriors K'nor attacked the House of E at their defense. If they didn't chose to join, they were killed. K'nor was seeking to conquer and nothing was going to stop him now that he had the strength to take it on his own.

Unknown to K'nor, Electrum was empowered as well and would soon be the one to end his rampage on Roin and the House of E.

Overpowering him, Electrum was able to hold off K'nor, causing him to retreat off world with a handful of warriors. But this was not the end to K'nor, he was the best one to rule this universe and he was going to conquer each planet, starting with his own Roin.

So began K nor the conqueror. 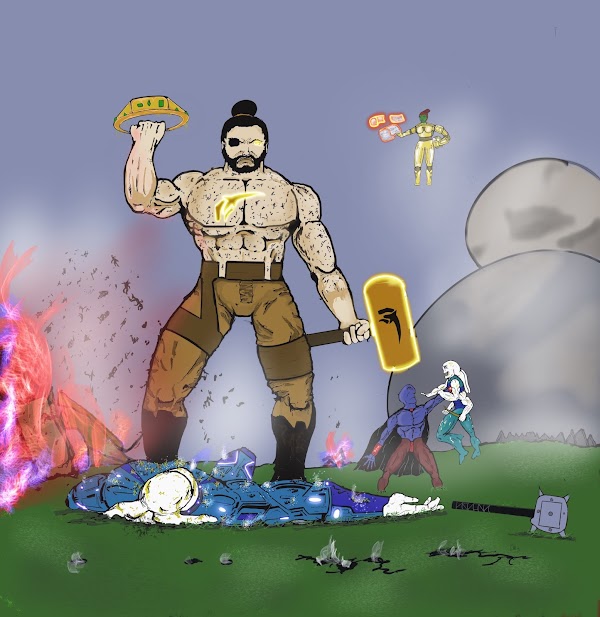 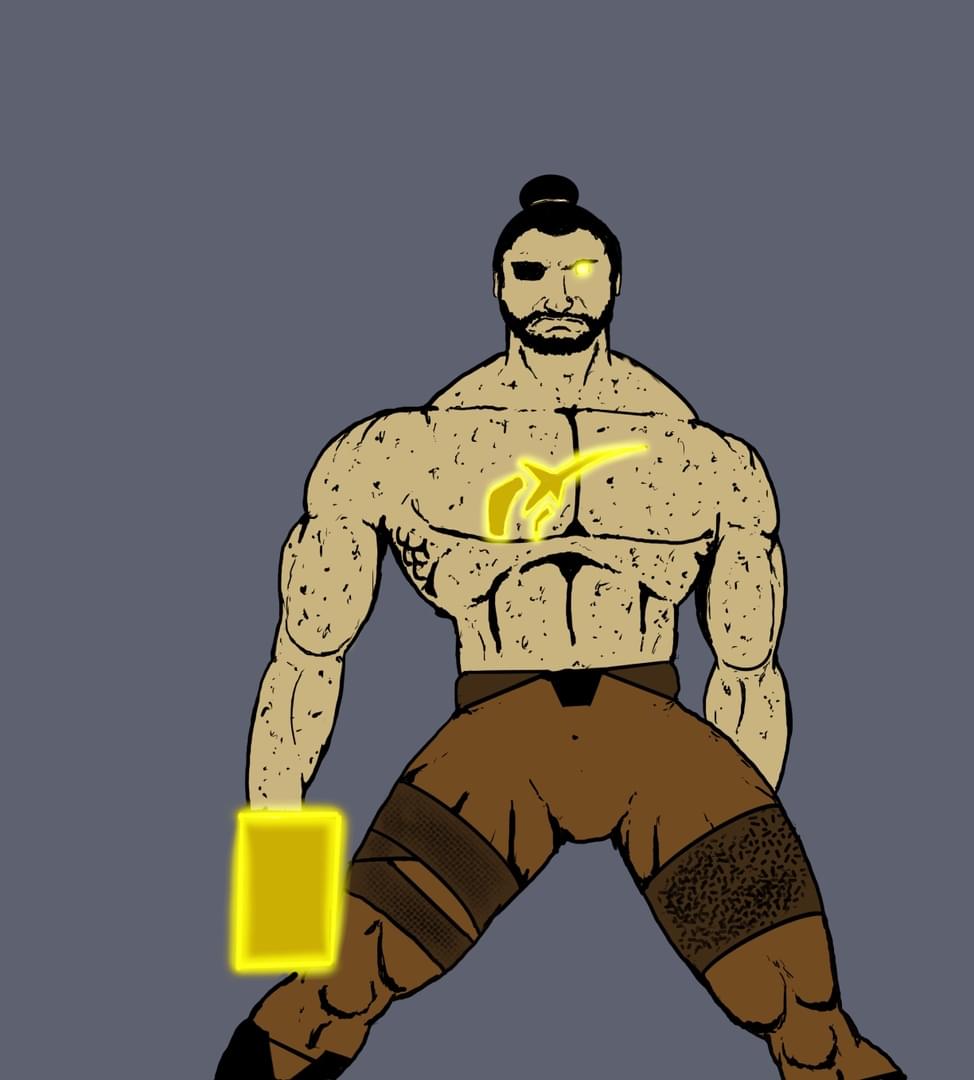